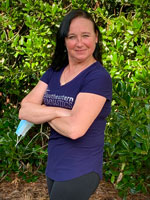 Ludmilla is a former Soviet National Team coach and coach of three time Olympian, Svetlana Boguinskaia. She has been training American children in the Russian tradition of gymnastics since 1989. For 10 plus years Ludmilla has served as the head coach of Southeastern Gymnastics and our competitive team. Over the length of her coaching career, Ludmilla has received many awards just a few of which are: 2007 NC Coach of the Year; 2010 Region 8 Coach of the Year; 2011 Region 8 Hall of Fame; and 2012 Club of the Year for Region 8. 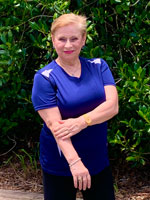 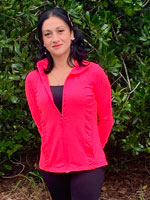 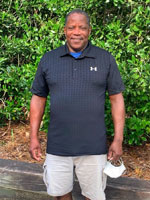 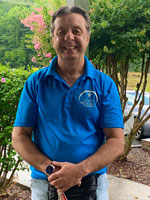 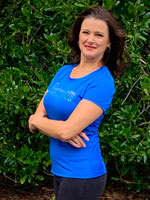 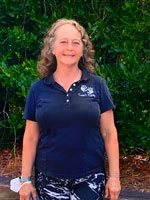 Kandice “Kandy” is originally from Minnesota. Coach Kandy began teaching gymnastics as an assistant when she was just 10 years old and was a competitive gymnast for seven years. She currently coaches our Recreational program and our Xcel Team. Coach Kandy loves watching each gymnast develop as an athlete and as a person, and sees gymnastics not only as a sport but as a life experience as well.

Coach Kandy has a son who is currently in college and was also a L10 gymnast. On the weekends you will find her on her farm in Concord where she enjoys spending her time training and riding her horses and teaching others to ride as well.

Coach Daviti was six years old when he first became interested in gymnastics; he would always watch athletes training through the window of the gymnastics gym near where he grew up in the Republic of Georgia. Coach Daviti was awarded the Master of Sports in Georgia. He graduated from the Academy of Physical Culture and Sport, and holds a degree in History.

Daviti has been coaching gymnastics for 25 years, since he was 18 years old. He loves to teach his athletes new skills and to see the progress they make. Daviti’s hobbies include wrestling and fishing, and he has been coaching for the Southeastern Gymnastics Competitive team for the past 2 years. 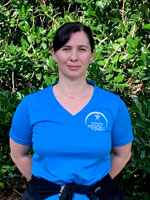 Coach Medea is originally from the Republic of Georgia. Having first become interested in gymnastics at the age of 7, she grew up to become a National Champion for the Republic of Georgia many times and was awarded a Master of Sport in the Soviet Union. She graduated from the Academy of Physical Culture and Sport, and her favorite events were vault and floor.

Medea has been coaching the Southeastern Gymnastics Competitive team for 2 years, and loves when she sees progress in her athletes and seeing them happy for their work.

Coach Keira came to the Carolinas from New York. She comes from an Airforce family of European/Sicilian heritage and has lived in many places throughout her life. She competed in dance, gymnastics and track through High School and College. Keira received her medical degree from NMSU. After working in the Medical field for several years, she found her way back to gymnastics. She is a graduate of USA Gymnastics University in several disciplines and coaches the Southeastern Gymnastics Competitive teams. She passionately encourages strength and confidence by challenging athletes to be their best. 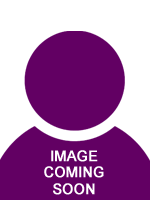